Skip to main content
Graduation: Streaming Live on YouTube! Family, friends and loved ones who are unable to attend in person are invited to watch.
Read More
Image 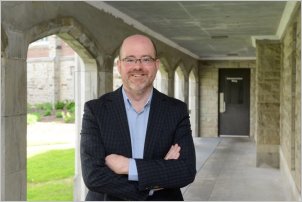 As a scholar, Stephen’s research deals primarily with Austro-German music between 1850 and 1945, with a particular focus on Richard Wagner and Gustav Mahler. Stephen is also an Anglican priest and serves in the Collegiate Chapel of St. John the Evangelist at Huron and as honorary assistant at St. John the Evangelist Parish Church, London.

Stephen McClatchie joined the Fanshawe College Board of Governors on September 1, 2016.