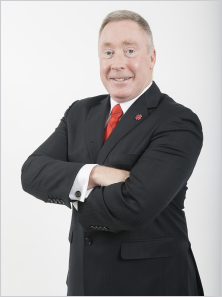 President Devlin serves on provincial and national college committees. These include the Ontario Colleges Library Service Board as past president and a member of the Colleges Ontario Committee of Presidents and serves on the Executive Committee. He is a Director on the Colleges and Institutes Canada’s Board (CICan), a member of CICan’s Presidents Leadership Network and Coordinating Committees, CICan’s International Advisory Committee, and a Director on the Polytechnics Canada Board. Peter also serves on the London Economic Development Corporation’s Board of Directors, the Canadian Association of Defence and Security Industries and is a member of the lvey Business School Leadership Council.

President Devlin received an undergraduate degree in Honours Economics from Western University, a graduate degree in Strategic Studies from the US Army War College and a certificate in Advanced Executive Management from Queen’s University. He has also studied at Command and Staff Colleges of the Canadian Defence Academy and is a graduate of the Institute of Corporate Directors (ICD.D). He received an Honorary Doctorate from the Royal Military College of Canada.

Peter has been married for 37 years, and together he and his wife Judy have four children.