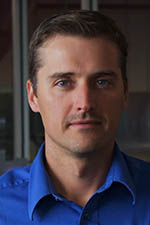 Since Ben became president at BOS Innovations in 2008, the company has grown from 15 to 125 employees, increased annual revenues from $2M to $37M, and shifted focus to be technology driven, developing and offering engineered-to-order products for factory automation.

In 2018, 2019 and 2020, the company was on Canadian Business magazine’s Growth List, which identifies the most innovative and successful businesses in the country. 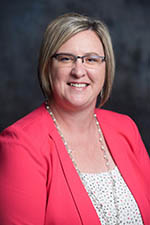 Tonya has led several high impact initiatives at STEGH. Her focus on reducing overtime rates led to changes in practices bringing STEGH’s incidence of overtime well below provincial average, with cumulative savings of approximately $750,000 since 2010.

In 2007, Tonya was seconded to successfully lead an IT implementation project that standardized financials systems for nine hospitals in Southwestern Ontario.

During the pandemic, she led the procurement of personal protective equipment (PPE), developed screening processes and safety protocols that continue to result in no COVID transmissions at STEGH. 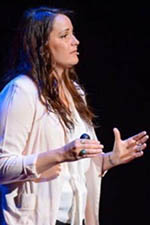 Tamara is an award-winning storyteller, advocate and educator from Kiasheke Zaaging Anishinaabek. She focuses on social justice for Indigenous peoples, building pathways to learning for Indigenous and non-Indigenous audiences and acting as a catalyst for change.

She has been instrumental in contributing to critical provincial anti-violence strategies and Indigenous education frameworks. Her research, dedicated to her great-grandmother and cousin, was the first in Canada to be published by an academic Indigenous family member among Missing and Murdered Indigenous Women and Girls. 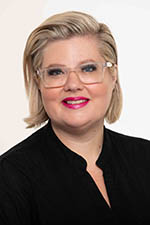 Katie has had a rich broadcast career that started with an AM radio job while she was still in college. After moving to television, she spent six years covering national political news in Ottawa for CTV and then CBC.

She views journalism as a public service – to be a witness to history, hold elected representatives to account, and provide viewers with facts. Her portfolio includes coverage of Canadian and American federal elections, Black Lives Matter protests in Washington and the Capitol Hill insurrection in 2021. 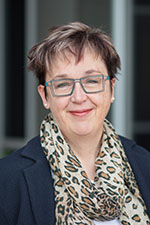 Carol champions innovative approaches to nursing, supports development of nurse leaders, and has unique opportunities to advance scholarship and improve quality outcomes for patients and communities. Her published research is well-respected in the healthcare field. Carol successfully co-led the hospital’s Pandemic Incident Response Team and is a member of the Ontario Critical Care COVID Command Centre.

In 2020, she was inducted as a Fellow in the Canadian Academy of Nursing, Canada’s highest honour for nursing leaders. 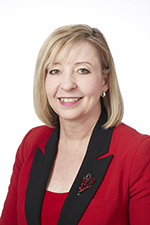 During the pandemic, she worked with Canadian Emergency Medical Manufacturers to identify 25 manufacturers that could retool to produce reusable isolation gowns, then provided patterns, raw material specifications, and production process assistance.

The first female executive in Lac-Mac’s 100-year-old history, Shelley is a mentor and advocate for increased participation and advancement of women in manufacturing. 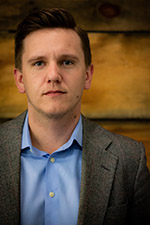 Nick is CEO and Co-Founder of Visitor Queue and of a stealth start-up in the automotive OEM market. He bootstrapped and launched both business-to-business technology companies less than three years after graduating from Fanshawe in 2016. To date, Visitor Queue has helped more than 10,000 companies worldwide generate over 10 million sales leads.

In 2018, Hollinger received a ‘Twenty in their 20s’ award from Business London magazine. After increasing revenues 650% in its second full year in business, Visitor Queue was recognized in Latka magazine’s 2019 global list of ‘10 Fastest Growing Software-as-a-Service’ companies.