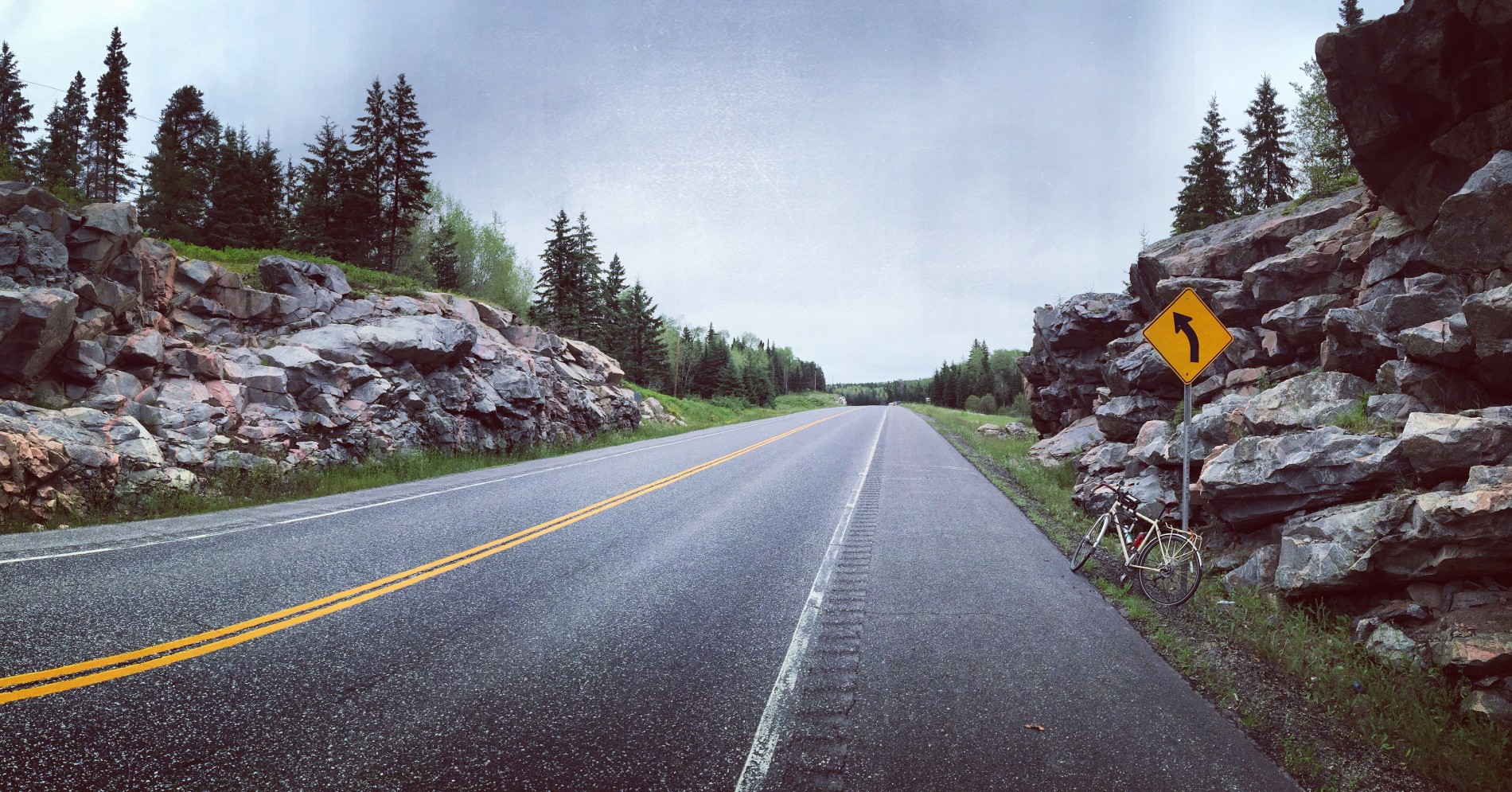 Standing on Vancouver's English Bay Beach on a warm and sunny morning in early June, Martin Bauman (Broadcast-Journalism '15) took a deep breath to collect his thoughts before mounting his bicycle. He was about to embark on a cross-Canada ride to raise awareness, and funds, for mental health services. In that moment, he recalls feeling nervous, excited, but most of all, alive. Over the next three months, Bauman would test his physical and emotional limits, and be rewarded with an experience of a lifetime.

Martin Bauman was wrestling with mixed feelings – both joy and relief – as he cycled into St. John's, Newfoundland on the morning of August 29. As he navigated the narrow streets of the oldest and most easterly city in North America, passing colourful row houses perched on steep slopes on his way to Quidi Vidi Gut, the reality of what he was about to accomplish sunk in: he was minutes away from finishing a 7,000-kilometre bike ride across Canada to raise money and awareness for mental health.

“I wished the ride could have kept going,” says Bauman, who completed the 84-day ride from Vancouver, BC under the banner Keep Pushing: Martin's Ride for Mental Health. “I kept thinking back to all the good times and the amazing people I met along the way.”

Indeed, while Bauman was treated to plenty of natural beauty throughout his ride, what resonated even more was experiencing the country through the people he met along the way. While he stopped in to visit friends and relatives along his route, there were also strangers offering a place to stay, a warm meal, and a place to do laundry. “It's the little gestures that make a big difference,” he says. “It was a nice reminder of the kindness of people.”

Plenty of people also supported Bauman's ride through donations. He raised more than $12,000 – exceeding his goal of $10,000 – for the Mood Disorders Society of Canada's Defeat Depression campaign and his hometown branch (Waterloo-Wellington) of the Canadian Mental Health Association.

By biking across Canada, Bauman wanted to help break down the stigma surrounding mental illness and encourage others to keep pushing and seeking help where they need it. He was inspired to set off on his journey by the tremendous strength displayed by his friends and family in opening up about their mental health challenges.

“Like many people, I've felt the impact of mental illness close to home,” he says. As a 10-year-old, Bauman lost a cousin to suicide. Three years later, he watched as his father went through a period of depression. Unlike his cousin, his father was able to access the help he needed. “I've seen so many people dear to me suffer in silence – from family, to mentors, to my closest friends,” he says. “Seeing how close mental health can hit, I realized that if it can happen to my loved ones, it can just as easily happen to me.” Indeed, Bauman himself has battled through anxiety and self-confidence issues.

As is typical with mental health, Bauman experienced both ups and downs throughout the journey. The demanding vertical climb through the Rocky Mountains during the early days of the ride – some days consisting of nothing but uphill cycling – proved a big test of his commitment and mental strength. “I knew if I could get through (the mountains), I could do whatever came afterward. I just took it one day at a time; put in the work, find a good place to rest, eat a hamburger and feel better again for the next day,” he says.

His lowest point came during a 106-kilometre ride along the TransCanada Highway between Medicine Hat, AB and Maple Creek, SK. “The winds were blowing right in my face. With every pedal, it felt like the wind was pushing me back twice as hard. It started to pour, and then came thunder and lightning,” he says. “As I was being pounded by the elements, the only thing I wished for above all else at the time was to have someone there with me. I was so lonely.”

It was a profound moment for Bauman in crystalizing the power of companionship – realizing just how  important we are to one another – during times of need, whether it's a shoulder to lean on or someone to listen. “That lesson was one positive that came out of that horrible day,” he says.

He did have company during two stretches of the ride. Bauman's father joined him for a couple days, driving behind him along the TransCanada between Kenora and Thunder Bay, ON. Later, a friend rode with him from North Bay to Ottawa. “It was a really enjoyable experience to have company on the road,” he recalls.

While Bauman carefully planned out his route, he admits to not doing a lot of training to prepare for the ride. “I was part confident, part naive,” says the 24-year-old. “I was training by doing 40-kilometre rides. Within the first week of the trip, I was doing 150-kilometre days.”

Before resuming his broadcasting career, Bauman is embarking on another adventure; a five month trip through Australia, Fiji, New Zealand and Southeast Asia. Does he have any plans to cycle on his next adventure? “I won't be biking anywhere anytime soon,” laughs Bauman. “By next summer, I'll be ready to hop on again.”