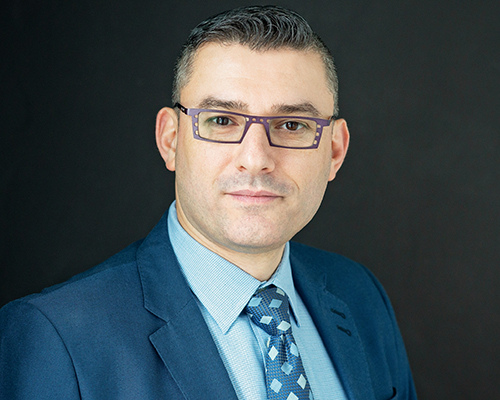 Abe is a graduate of the Broadcasting – Radio program from Fanshawe College (Class of 1994) and is a proud recipient of the Canadian Association of Broadcaster’s Award of Merit.

Abe was working in the radio industry as a part-time employee after his first year in the Radio program, and in his words, “never really left the College”.  Upon graduation in April of 1994, Abe maintained his ties with CIXX-FM (the College radio station 106.9 FM) and was hired later, on a part-time basis, as a technician to help implement the automation of the radio station while working at a local cluster of stations in London.  His radio career highlights include on-air announcing with a strong focus on radio production, as well as being the Music Director for AM1410.

Abe has completed his Bachelor of Education in Adult Education from Brock University and has been teaching at Fanshawe College since 1998.  In 2002, Abe joined his mentor and friend, Barry Sarazin, as colleague, when he was hired as full time faculty and has been Program Coordinator since 2012.  His areas of interest and specialty include production, programming and announcing.

In his spare time, Abe enjoys singing tenor as a member of The Voices of Broadway Show Choir.