Each year at our June and November Graduation ceremonies we present a series of awards to deserving students. Each award has a different set of criteria however, awards are not based solely on academics. Applicants must also display community and/or college involvement, leadership or communication skills and volunteerism. Students in their graduating term are encouraged to apply for these awards to have an opportunity to be recognized by the college community in addition to winning a cash prize.

It's easy! Students can apply to the Graduation Awards listed below by clicking the "Search Scholarships and Apply Now!" link. Search by keyword for the award titles that are of interest to you. We wish all applicants good luck!

The Dr. Howard Rundle Academic Award is presented annually to a student who has achieved a significant academic standing while demonstrating excellence in leadership through involvement in Fanshawe College campus life (minimum 4.0 GPA). 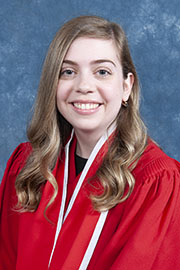 Alix has been actively involved in the college and the community throughout her time at Fanshawe College. She was a work study student in the Office of the Registrar where she had the opportunity to participate in a variety of programs and initiatives and learn about all the dedication and hard work that staff put in on a day to day basis.

Throughout the 17/18 Academic year, Alix was the Vice President of the Respiratory Therapy Student Federation. A role where she would plan and lead meetings, recruit potential new members, and maintain communication with her classmates and professors about upcoming events and initiatives.

Alix is passionate about teaching as well as collaborating with students in other health professions. She has played an active role in educating students in other fields of health science about her role as a respiratory therapist.

Alix has grown as an individual and a leader and is looking forward to beginning her career as a Respiratory Therapist in Sault St. Marie Ontario.

The Mary Ann Darling Memorial Alumni Award is presented annually to a student with demonstrated community volunteer work, above and beyond program requirements and achieved academic success (minimum 3.0 GPA). 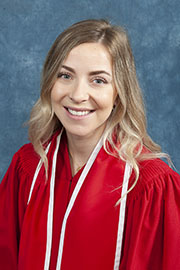 Breann has dedicated a great deal of time to giving back to her community as a volunteer with two important organizations.

The first is the St. Vincent de Paul Society, which is dedicated to serving the immediate needs of the less fortunate in the London community. As part of this organization, she sought donations, shopped for gifts using the funds collected, and prepared and distributed hampers. Being part of this community allowed Breann to listen to countless stories and connect with people that she was able to help.

The other organization that Breann played an important role in was Anova London, a merger between Women’s Community House and Sexual Assault London. She is in training to become a crisis line responder and family support member. She has learned firsthand about crisis intervention, advocacy, human rights and how volunteers play a critical role within the organization.

The R.C. Hamilton Award is presented annually to a student who has made a significant contribution to student life and/or community through leadership activities achieving a minimum 2.0 GPA. 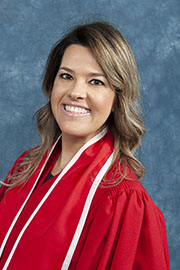 As an international student from Brazil, Amanda came to Fanshawe ready to fully immerse herself in the College and Community. She was a devoted volunteer at the Sharing Shop, which is an important service that provides students in financial need with the bare necessities such as food and personal care items.

Amanda was also very active in the International Office, specifically with Brazilian students. She led an orientation session for newcomers from Brazil in both Portuguese and English to enhance understanding. At the end of the year, Amanda was selected as the recipient of the Fanshawe College Kim Rowe Memorial Award for her compassion and dedication to helping students.

The Harry Rawson Award is presented annually to a student with extraordinary communication skills who has achieved a minimum 3.0 GPA. 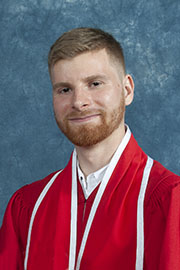 It was not an easy road for Dylan to get to where he is today and because of this, the field of work he is entering becomes extremely meaningful. Growing up in poverty, living in shelters and struggling with academics were a few of the challenges Dylan faced. Once at Fanshawe he continued to work two jobs, seven days a week while taking a full course load and achieving a GPA above 4.0 every term. This was in addition to all his on and off campus volunteer commitments.

Dylan is an active volunteer at the London Public Library and received the Ontario Volunteer Service Award in 2018. He is set to appear in the Summer issue of the Library’s quarterly magazine for his work with the READ program. Dylan is also proud of his self-published website, which he created to promote positive social play opportunities for educators and children.

Dylan will be going into the Bachelor of Early Childhood Leadership program here at Fanshawe after spending a year as an ESL teaching assistant in Quebec. He looks forward to making a positive impact in various communities through continued volunteerism and advocacy for children and families.

The President's Prize is presented annually to a student who has made a meaningful contribution to Fanshawe College campus life (paid or volunteer) and achieved significant academic standing (minimum 3.5 GPA). 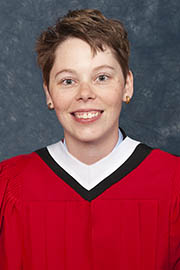 As a graduate of Fanshawe in several programs at the diploma and degree level, Carlie has demonstrated a love for learning and has become a true ambassador for the Fanshawe student experience.

Carlie has been described as a courageous, selfless, authentic and unique leader. She has been extremely active in the Fanshawe Student Union, being elected as the Vice President of Finance in 2015/16 and President in 2016/17.

Carlie’s work has focused on others who are often not in a position to advocate for themselves or who are marginalized. Carlie took on many projects in her role as President, including restructuring the Student Union’s governance, creating a bike-sharing program, the Fanshawe Student Union textbook bursary and fundraising for important events such as those affected by the Fort McMurray fires, Habitat for Humanity and the Crohn’s and Colitis Foundation.

Carlie’s presence has helped Fanshawe become a welcoming space for the LGBTQ community, a safe place for students with disabilities and an inclusive environment to learn and socialize.

Carlie is currently the Student Representative on the Fanshawe Board of Governors, providing a student voice on broader college issues. Furthermore, Carlie was nominated as the Ontario Liberal candidate for Elgin-Middlesex-London, in the 2018 provincial election. 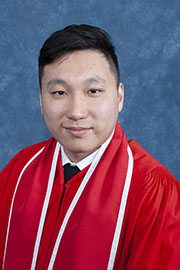 Before coming to Fanshawe Zhongtian achieved his Biomedical Engineering degree in China. While at Fanshawe, he has maintained excellent grades with a GPA consistently above 4.0 each term while also dedicating time to volunteer within the Fanshawe community.

Zhongtian has been engaged in a number of diverse on-campus volunteer activates. For example, he volunteered as a photographer for International Women’s Day in 2017 promoting Women in Aviation. He also attended the event as an entertainer, playing classical guitar.

Zhongtian has also been an active volunteer with the London Air Show, assisting with guests as well as setup. He volunteered with Fanshawe’s International Centre, by assisting with the creation of a video showing aerial footage of London by piloting the plane for the videographer.

Zhongtian is employed at Air Canada and he plans to continue his education and obtain his Aircraft Maintenance Engineer License. 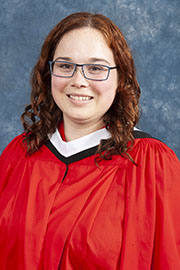 Katherine Brown  – Graduate of the Bachelor of Interior Design program

Post-secondary education is not new to Katherine as this is the completion of her third degree!

A true leader in the classroom, Katherine has shown a commitment to the college and her fellow classmates by being the class representative for two years and most recently the Vice President of the Bachelor of Interior Design Student Association, a new student club geared towards engaging and providing social networking experiences for students interested in interior design. As Vice President, Katherine collaborated with a leadership team from all four years of the program and together, envisioned, planned, organized, and executed many events based on the needs of the current students. Katherine valued the well-being of the students in her sphere of influence and provided essential human connection by simply listening and being there for students going through similar challenges and allowing them to have a voice.

After nine years of post-secondary education, Katherine is more than ready to enter the working world. She is currently employed by Verbeek Kitchen and Baths. 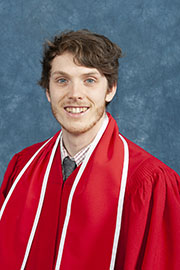 Alex has proven to be a well-rounded, driven, and dedicated student, excelling both academically and in his extra curricular involvement. Prior to attending Fanshawe, Alex studied Communications at Concordia University in Montreal. During this time, he became bilingual and also studied abroad in England for a semester.

In 2018, Alex won the International Volunteer Headquarters Wildlife and Conservation Scholarship to go to Sri Lanka – he was selected over 5,000 other applicants.

Currently, Alex is the digital content liaison and the primary videographer for the International Association of Business Communicators. He is also helping to create a marketing strategy for Minerva Canada.

Alex’s plans are to continue growing his own business - Alex Leonard Media - by providing video and mural creations to businesses across Canada. In the fall, he is enrolled in a master’s of environmental sustainability program at Western University. 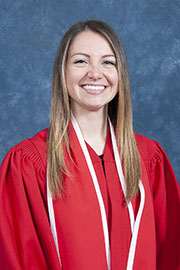 Emily’s strong academic ability has been a great asset, as she shares her skills and expertise with fellow students. Emily held the position of Director of Public Affairs on the Respiratory Therapy Student Federation. She played a key role in organizing council meetings, planning promotional events, and networking with London Community partners such as ProResp and the Lung Association.

Emily also represented Fanshawe at various career fairs at Western University to promote the College and the Respiratory Therapy program to prospective students from Western. Emily is Western Grad and she first heard about the program at a similar fair, making this an appropriate way for her to give back and share her experience with others from Western.