Pages in this section

Members of the Alumni Association are Fanshawe graduates who have completed a certificate, diploma, post-graduate or degree program at Fanshawe College. Board members may be contacted by email. 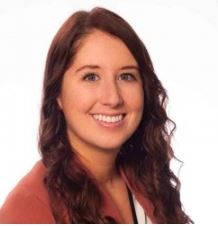 A graduate of the Social Service Worker Program at Fanshawe ('13), Rachael Luby is a Senior Communications Specialist at the Canada Life Assurance Company. In this role Rachael creates engaging content for Canada Life projects and programs, as well as financial advisors across the country to help them share their story and connect with clients. Prior to this role, Rachael was a Communications Specialist at the London Economic Development Corporation (LEDC), leading communications efforts across platforms. Passionate about building relationships, Rachael is an active volunteer who has been involved with Fanshawe’s InSPIRE Mentoring Program, Immploy’s Mentorship Program, the London Chamber of Commerce, Forest City Film Festival, the Faculty of Arts and Humanities at Western University, the City of London and Brescia University College. 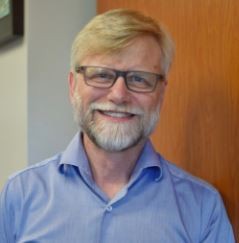 Tim Wharton has been fortunate to view Fanshawe College from a variety of perspectives. During his years as a student at Fanshawe, Tim was involved with the Student Union, culminating with being the Fanshawe Student Union President in 1981/82. He graduated in 1981 with diplomas in Purchasing and Business Administration Marketing. He returned to Fanshawe shortly after graduation to teach part-time in the Faculty of Business. Tim served on the Business School Advisory Board for six years, chairing during his final year.

Since 2012, Tim has been involved with the Fanshawe Alumni Association, currently is the Past President, and he has been a director of the Fanshawe Foundation since 2015. Tim attributes his lifelong involvement with Fanshawe College to the mutual respect that the administration and faculty have with the students. Tim's professional career has been spent at London Machinery Inc., managing procurement, logistics and aftermarket parts sales. Tim spends his time away from the office with his wife, Linda, and their two daughters. Together they have travelled to the corners of the globe. Tim is an avid reader and film lover, with an appreciation for the classics. 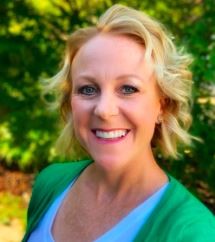 Melissa is a graduate of the Business Marketing program at Fanshawe College (1998) and has a Bachelor of Professional Arts degree in Communication Studies from Athabasca University. Melissa is the Manager of Communications and Engagement at St. Thomas Elgin General Hospital (STEGH). In this role, Melissa is responsible for the planning, coordination, and execution of all communication and engagement functions, as well as establishing collaborative working relationships among internal and external stakeholders. Prior to joining STEGH, Melissa worked in both, a communications and project management capacity for the South West Regional Cancer Program at London Health Sciences Centre. Her position focused on cancer screening, health promotion, population health, and equity. Melissa also worked as a Communication Consultant for the Lawson Health Research Institute – a position that she held for over 10 years.

Over the years, Melissa has received numerous accolades for her work in the communication industry, including an IABC Gold Quill Award, the highest honour a communication professional can achieve. Melissa is a proud supporter of the International Association of Business Communicators and served on the Board of Directors of the local branch for many years. She has also been a mentor in the Larry Myny Mentoring for Success program at Fanshawe College since 2011. In her spare time, Melissa enjoys spending time outdoors with her family, travelling, and cheering on her 13-year old daughter at various sporting events. 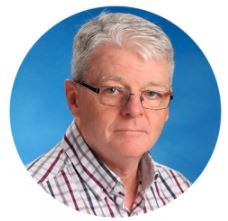 Peter is the principal of John Paul II Secondary School in London. As both an architectural technologist and an enthusiastic educator, Peter points to his hands-on college experience as a launch pad to his teaching career. Through his applied learning at Fanshawe, Peter honed a talent for creative design and learned to ask questions and help solve problems through collaboration—skills he continues to use in his leadership role as principal of John Paul II Secondary School.

Appreciating support of teachers who saw more potential in him than he saw in himself, Peter strives to see the best in every student. While working as a designer, he realized his passion for technology was more akin to education than industry, so he headed to teachers college. Peter then created a successful 18-year teaching career and advocated for the introduction of technology across the London District Catholic School Board curriculum before training as a principal. 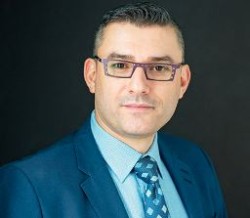 Abe is a graduate of the Broadcasting – Radio program from Fanshawe College (Class of 1994) and is a proud recipient of the Canadian Association of Broadcaster’s Award of Merit. Abe was working in the radio industry as a part-time employee after his first year in the Radio program, and in his words, “never really left the College”. Upon graduation in April of 1994, Abe maintained his ties with CIXX-FM (the College radio station 106.9 FM) and was hired later, on a part-time basis, as a technician to help implement the automation of the radio station while working at a local cluster of stations in London. His radio career highlights include on-air announcing with a strong focus on radio production, as well as being the Music Director for AM1410.

Abe has completed his Bachelor of Education in Adult Education from Brock University and has been teaching at Fanshawe College since 1998. In 2002, Abe joined his mentor and friend, Barry Sarazin, as colleague, when he was hired as full time faculty and has been Program Coordinator since 2012. His areas of interest and specialty include production, programming and announcing.   In his spare time, Abe enjoys singing tenor as a member of The Voices of Broadway Show Choir. 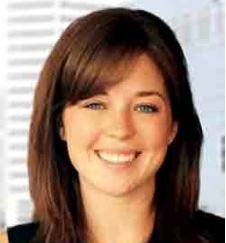 Rachel Levean grew up in Kitchener, Ontario and moved to London in 2010 where she started the Law Clerk program at Fanshawe College. She graduated from the College in 2011. She has been working as a National Manager at Deloitte in London, Ontario since 2015, where she manages a team of professionals spread throughout Canada who support the Audit and Tax teams internally. She is responsible for providing day-to-day management and coaching to a number of professionals and overseeing the daily operations of this team including designing processes at a national level to ensure optimal client satisfaction. One of the things she enjoys most about this role is getting the opportunity to help grow and mentor many employees as they evolve in their careers. In her spare time, Rachel enjoys spending time with her family and friends, travelling and being outdoors. 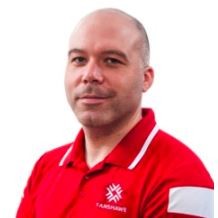 Growing up in Delhi, Ontario, Devin attended Wilfrid Laurier University and obtained a degree in Communications (Class of 2001) and followed that up with a Graduate Certificate in Corporate Communications and Public Relations from Fanshawe College (Class of 2002) that lead to his first job as a Communications Consultant with St. Joseph's Health Care in London, Ontario.
Building on that experience Devin worked his way back to Fanshawe College in 2005 to work in Student Recruitment and is now the Manager of the Domestic Student Recruitment Team. Of his role, Devin notes, "I believe that education is the greatest agent we possess to promote positive social change, and that makes our role here at Fanshawe very rewarding as we help individuals choose the educational pathways that will allow them to change their lives and that of their families."  The Robinson family are avid campers and building on his years of participating in a variety of sports, Devin now enjoys coaching his two children, Blake and Marley, in the sports in which they choose to compete. 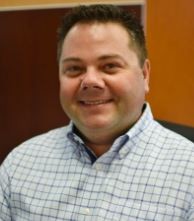 Peter is the President and CEO of Start.ca, a competitive telecommunications service provider based in London, Ontario.  As one of the founding partners of Start.ca, Peter has been involved in most aspects of the company’s growth and focuses on the strategic direction of the company. Peter has a broad technical background with significant expertise in network architecture, server deployments, internet protocols, and technical operations.

The company has doubled in staff size and revenue since 2015, and was honoured to win Business of the Year for 2017 from the London Chamber of Commerce in the Large Business category.  A graduate of Fanshawe College in London, Ontario, Peter believes in giving back to the community where he lives and works. He is currently a mentor in the Larry Myny Mentorship Program at Fanshawe.

Nominations for Board membership may be made by any member of the Alumni Association. Board members are elected for a two-year term and may serve three consecutive terms. Please contact the Alumni Office for additional information.

Nominations for the Board may be sent via mail or email:

We always love hearing from our alumni, and there are many ways you can reach us. Feel free to email, mail or connect with us on social: