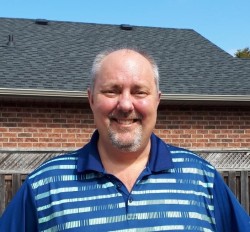 Doug is President of the award-winning home building company, Doug Tarry Homes, and a passionate advocate for building responsible homes that reduce our carbon footprint. Doug Tarry Homes has built more Net Zero/Net Zero Ready homes – which produce as much clean energy as they consume – than any other builder in Canada, and Natural Resources Canada has commissioned Tarry to write a Net Zero Guide for industry stakeholders. Doug has led rebuilding missions to Puerto Rico following Hurricane Maria, and spearheaded a community collaboration to build a series of tiny homes to address housing affordability in his home community. 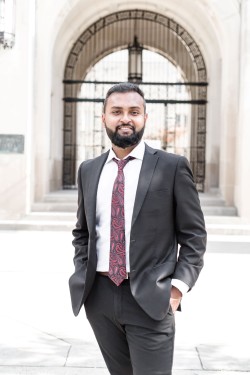 Swaraj is CEO and Co-Founder of Taxably, and a Managing Partner with Eastern Agro-Vet. In 2020, he was named one of London’s ‘Twenty in their 20s’, an honour that recognizes the top 20 “bold, daring, twenty-something changemakers in London who are helping to shape our city.” Paul established Taxably, an award-winning tech-based tax-filing and accounting firm, primarily to provide an affordable and easily usable platform for newcomers to Canada and international students, whom he felt were being underserved. The environmentally friendly paperless company has planted more than 500 trees – one for every client served. 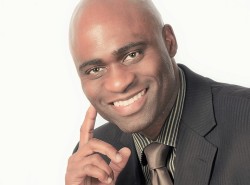 For 30 years as a speaker, workshop facilitator and community educator, Leroy has helped people understand how to identify racism, interrupt it, and take action to create a more inclusive community. Leroy was a founding member of the Pledge to End Bullying media campaign, creating a safe space for young people to share their stories, and a keynote speaker at a Black Lives Matter event that drew 10,000 people. Leroy’s impact on the community has been widely recognized with various awards and he has been named to Honour Rolls by the London’s Mayor and Member of Parliament. 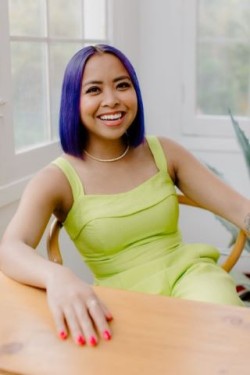 Erika was the first Canadian citizen to win the television show, Survivor. As a Filipino-Canadian woman whose parents immigrated to Canada when she was very young, she sees her win as a victory for all under-celebrated people including women, people of colour, and newcomers to Canada. After winning Survivor 41, Erika appeared on Entertainment Tonight Canada as a special commentator for Survivor 42, and is exploring more opportunities to work in television. She is also a professional speaker who encourages individuals to believe in themselves, be authentic and act courageously regardless of how others view them. 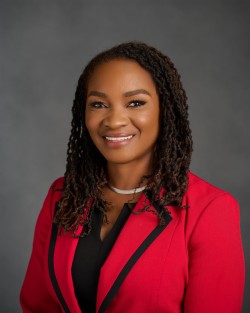 Dionne is Vice President Clinical Operations and Chief Nurse Executive with the Centre for Addictions and Mental Health, a world-class research facility and psychiatric teaching hospital. She manages 3,000 staff and a $92M annual budget. As a Black nurse leader, Dionne has been an agent for change throughout her career, working to reduce systemic discrimination for both staff and clients. Dionne established a medical infirmary, onsite methadone program and dental clinic for inmates at Ottawa-Carlton Detention Centre, and founded the Canadian Black Nurses Network to provide virtual coaching and mentorship for Black nurses across Canada. 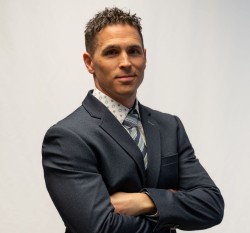 Ryan is VP Operations for EllisDon, a world-leading construction and building services company, and a champion for Equity, Diversity and Inclusion. A Certified Engineering Technologist, Gold Seal Certified Project Manager and LEED Accredited Professional who successfully manages operations for EllisDon’s Southwestern Ontario office, Ryan became the company’s youngest Operations Manager in 2016. Ryan is a competitive tennis player with four young children and remains involved with the College as a program advisory committee member. Ryan gives back to his sector by volunteering his time in labour relations and develops and privately teaches construction-related courses across Ontario. 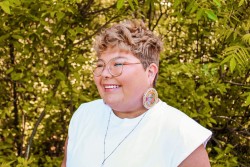 Bridget is the author and illustrator of the award-winning dual-language Anishinaabemowin/English children’s book, It’s a Mitig! A member of the Bear Clan who was raised in the traditional territory of the Anishinaabe in Kettle and Stony Point First Nation, George is passionate about visual storytelling, and recognizes language learning as a powerful cornerstone to intergenerational healing. Bridget has been contracted to design the collateral graphics for The Walt Disney Company’s Native American Heritage Month 2022 Campaign and her drawings will appear in a Tragically Hip ABC book scheduled for publication in 2023.